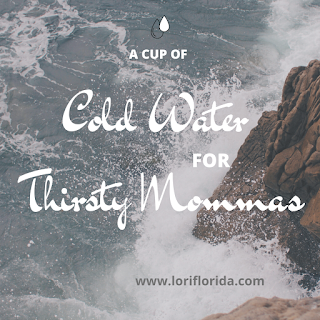 My parents were professional fans.  My Dad enjoys sports, but more than teams or hobbies, my Mom and he were fans of ME!  If I was doing it, they were interested.  I have countless memories of my Dad, in his suit and tie, having left work early, sitting in the bleachers to watch a JV cheerleader with his last name on her sweater.  I know now and I knew then, my Dad's not into cheerleading.  He didn't schedule his day to be free of late afternoon meetings in order to answer back, "We've got spirit, yes we do, we've got spirit, how 'bout you??!!"  My parents were and still are, into me.

Along with the cheering, my parents gave me two juxtaposed confidences.  They seemed in opposition to each other.  If I hadn't lived it, I might not think these two things can happen at the same time, but I know they can because they did.  I'm not sure how my parents did it, but I grew up certain of these two things:

1.  My parents were irrationally positive about my abilities.

All of my life I've felt sure that, given enough work and time, I could accomplish most anything I wanted to.  You know the song, Wind Beneath My Wings??  My parents.  For sure.  They had a lot of confidence in my ability to be really good at the things I did.

2.  My parents were realistic about my limitations.

There were also many things I wasn't great at, and that was fine with my parents.  Knowing I had limits and weaknesses didn't diminish their shiny view of me at all.  It was ok to try and fail.  It was ok to be average sometimes.  My best, whatever it was, was good enough.

Two memories I have of my Dad paint this picture perfectly.

All through high school, I competed in a yearly speaking competition.  My specialty was dramatic monologue.  I practiced and memorized for months.  My Mom, a "monologuer" herself,  adjusted my timing and emotional intonation.  My Dad played audience and could probably quote my monologue by heart.  All through high school, I placed high in the state competition, usually 2nd or 3rd.  My senior year was my golden moment.  I was prepared with my Mom's favorite piece and nailed it.  It was hands down the best performance of my life. Everyone felt confident the blue ribbon was mine.  At the awards ceremony, my name was called for 2nd, and the crowd gasped!  Well, maybe just my crowd gasped, but I know there was gasping going on.  This was one of the biggest disappointments of my young life.  I don't think I had ever worked harder towards a goal.

We drove home in stunned silence.  I'm not kidding.  My whole family acted like they were in shock,  Dad in particular.  He encouraged me and told me how proud he was of me, but seemed to be churning under the surface.  Now to understand the significance of what comes next you need to know my Dad's a big one for respecting the judges, the refs, any people whose job it is to make the call.  He's calm and in control, doesn't boo or bad-mouth, and he's taught me to do the same.

We walked into the house and all began to drift back into normal life.  I sat in the living room for a while, trying to feel satisfied with the 2nd place ribbon I held in my hands.  I could hear Dad clanking around with the dishes in the kitchen, and headed there for a snack.  I walked in, just in time to hear Dad's angry muttering and see him slam the trash bag he was changing into its wooden holder and break it!  This was the most aggressive display of anger I had ever seen come out of him.  He turned around to see me. He went slack-jawed and sheepishly explained  he was just angry about me "being robbed of what I deserved."

I don't think it's possible for me to convey to you how that experience made me feel.  It is honestly one of the highlights of my childhood.  My Dad's positivity and confidence in my abilities trumped his usual personality.  Feeling like his girl got slighted prompted something intense inside of him, which prompted something extremely warm and fuzzy inside of me.

Every time I throw trash away at my parent's house I think about that day.  The broken trash can was evidence to me of my Dad's evaluation of my performance. That knowledge was much more precious to me than the blue ribbon I could have earned from the judges.

I also played softball all throughout high school.  Although he hid it well, I know leaving work early for a softball game was much more exciting to him than the cheerleading was!  There are hours of Dad-narrated slow-pitch softball games on videotape at my parent's house to prove it.

I signed up for softball tryouts purely because my friends were doing it.  I didn't tell anyone, but I didn't even know what softball was when I signed up for tryouts. I had to go home and ask my dad. Finding out it was baseball's cousin made me want to play even more.  I had grown up hearing the legendary story of my Dad's triple play.....


"....It came down to the championship between our two teams.  As the game progressed we took the lead and held it going into the first half of the 7th (last) inning.  They were coming to bat and were two runs behind.  Things started to go bad for us.  They loaded the bases with no one out.  I was playing my normal position of 2nd base.  The batter hit a line drive high and to the right-field side of second base.  It looked like a base hit and the base runners started for their next base.  I ran toward the ball, leaped, and speared it.  The direction I was running was toward second base.  I touched the bag for the second out.  I didn't have a play at third and my back was to first base.  Our shortstop was also running towards second.  He yelled, 'Throw me the ball!' I did and he threw it to first completing a TRIPLE PLAY.  That won the game and the championship.  None of us had ever witnessed a triple play; let alone participated in one.  Our team was jumping up and down, hugging each other, and yelling.  The other team stood there stunned.  For a long time, I was associated with the triple play.'"
-excerpt from Reflections by John M. Smith

By my sophomore year, it was obvious my hitting needed some serious help.  Which is embarrassing to say since I just told you it was slow pitch softball.  My dad and I often walked a block down the street to the Lutheran church's diamond to practice.  He'd pitch, I'd swing.  He'd adjust my grip and I'd try again.  He'd modify my stance and I'd try again.  He'd tell me to just watch for the stitches on the ball and I would.  He pitched and pitched and pitched.  As the sun began to set we packed up and walked home.  I could tell he was deliberating by his quiet set of the mouth and I was ready to hear the next thing he might say about how to make my hitting better.  I didn't expect to hear what he actually said.

"Lori, you seem to have a decent glove and can handle yourself well on the field.  I think we're going to need to just focus on that.  If you're good enough out there, your team can handle your bad hitting."

Just. Like. That.  No sugar-coating, no hand-holding.  Just the bald truth. I wasn't very good at batting.  We didn't need to cry about it or pretend.  We just needed to shift our focus and become better at the things I could grow in.  Once again, my Dad's evaluation set me free to feel good about my abilities.

Two very different stories but with the same ending.  A girl who grew up with confidence and a feeling of safety.

I felt like I could do anything and also that it was ok that I couldn't do everything.  Confident of both at the same time.  Those two things were a gift.  They're a gift every child needs.