Four Rules for Giving the Best Advice - The Glorious Table

July 05, 2019
There was a woman who spent her life hiding. She hid in her home; she hid in bravado; she hid in toxic relationships. The day Jesus went after her, she was hiding in plain sight. I wish I knew her name and could invite her to coffee. I want to hear more about the conversation she had with Jesus beside the well in Samaria. It must have been a doozy, because it sent her off into public with a loud message. Something profound changed in her heart, making her a person who wasn’t afraid to be seen and heard. She suddenly spoke words with power.
John 4: 39-42 tells what happened next:

Many of the Samaritans from that town believed in him because of the woman’s testimony, “He told me everything I ever did.’ So when the Samaritans came to him, they urged him to stay with them, and he stayed two days. And because of his words many more became believers. They said to the woman, “We no longer believe just because of what you said; now we have heard for ourselves, and we know that this man really is the Savior of the world.” (ESV)

The Samaritan woman didn’t know much about Jesus; in fact, all she knew she could tell in one sentence. She couldn’t explain Jesus or answer the townspeople’s questions. Her words only had power because they drew attention to Jesus’ power. She was a lighted, blinking arrow pointing the way to the big top where the main event could be found. Her job was simply to point. Jesus was the main event. He showed up. He gave the people what they needed. But the people were hungry to hear because of the Samaritan woman’s words. 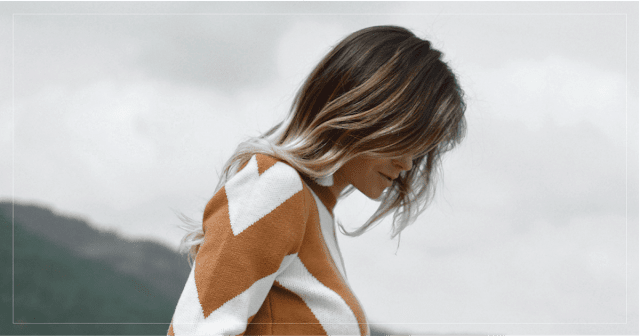 If you’re anything like me, you are painfully aware of what you don’t know. The fear of giving wrong advice often stops you from giving any advice at all. We repeat the mantra that God’s power is the only true changer of hearts and let ourselves off the hook. Our fears hide the truth of the Samaritan woman from us—God loves to use our story as his megaphone. He wants to make each of our lives a blinking arrow that points to him, the main event.
Mentoring young women for the past twenty years has taught me that giving awesome advice is simpler and far less scary than we often think. We have more to offer than we think we do by merely by offering our authentic selves. Jesus does all the heavy lifting for us if we just show up and follow these simple rules.
Hop on over to The Glorious Table to read my simple rules!