May 15, 2014
Fairy tales make us think of princesses and castles and happily ever afters.  We ooh and ahh over the idea but secretly sigh with regret as the grown-up knowledge that fairy tales aren't the stuff of real life overtakes us.  We even start to use the term "fairy tale" to be a euphemism for things that can't possibly be true.  But we're wrong! We've been so blinded by that single, shining end moment that we completely forget everything that came before! The meatiest part of fairy tales, the part that's satisfying and keep us coming back for more is the part that's the most like real life.

Even in it's disney-fied form, the tale of Sleeping Beauty is full of darkness and struggle.  The happy celebration at the beginning quickly takes a dreadful turn as Maleficent appears.  Just hearing her name is enough to clue us into what's coming, but to make sure we understand, the castle is filled with darkness and the music turns minor.  Evil has entered the story and a turning point has come.

This is where the story becomes a fairy tale and makes our hearts start to beat in our chests.  A worthy, valiant struggle ensues in which ordinary people choose sides....evil or good.  Dangers abound as dark forests and maleficent dragons use all their powers to stop the defender of goodness.

The best fairy tale heroes are like the prince in Sleeping Beauty.  Yeah, he was a prince....but deep down he was really just a guy who wouldn't stop no matter how high the stakes became or how dire the risk to himself.  He kept going because he believed in saving the innocent and battling evil.  He chose to live on the side of goodness and righteousness.  A fairy tale simply wouldn't be a fairy tale without the struggle.  We'd yawn and walk away if the story went straight from the opening party to the ending party....there's no win there, no epic rightness that makes you want to cheer.  No strength can be proven or applauded, no light can break through the darkness  without the struggle.  It's easy to forget that the struggle is what makes the fairy tale a fairy tale....but it is.  The struggle, wrestling inside and out for something that really matters, something that's bigger than the hero, is what makes the "happily ever after" something that makes our hearts glow with longing.  A fairy tale is always a story of good overcoming evil and the people who fought on the side of good.

I married my guy 22 years ago today...and it was the beginning of a fairy tale.  It was the opening party to a really grand tale.  It was fun and shiny and sparkly.....full of promise and dreams and starry eyes.  The whole story was out there before us unwritten and bursting with potential.  We made promises to each other knowing that we were saying "yes" to a vast unknown. We really only needed to know two things in order to be able to make promises that big.

We both knew in the bedrock of our souls that we would be
Devoted to God
and we would do whatever He asked
Together.
It felt like that was all we really needed to know.
And so we had friends sing this song at our wedding.

And now, 22 years later, I realize we were right.  Those two things that we did  know were exactly the things that have turned our life together into a fairy tale.

One step at a time, listening to God's call, led to today.  We're knee deep in adventure, holding hands, pitted against all the forces of evil.  Running to the battle even when the foe had the potential of breathing fire let us hold hands in the craziest of places these past 22 years....

playing house with full-time classes and part-time jobs,
grieving and wondering if we'll ever be parents,
leading a group of teens when we were barely not teens ourselves,
drinking Brazilian coffee in the heart of one of the biggest cities in the world,
in the delivery room welcoming a new love,
quickly in the delivery room again welcoming his brother,
"hossing it" to test our mettle with a canoe and pack in the Canadian wilderness,
tasting freshly harvested peanuts in a grass hut in Asia,
hearing that there were two healthy heartbeats when we were just praying for one,
praying for healing for a Momma,
going deep with people who trusted us with their hearts,
using late nights and early mornings to earn the chance to wear the morter board again,
in the delivery room again with a sweet red-head,
watching shattered dreams be miraculously revived,
walking up the stairs in a castle in the Alps,
in front of the fire on a rainy evening,
during Movie/Smoothie date nights wrested from the calendar,
asking God to treat us gingerly and allow us the birth of one more lavish gift,
paddling through the mangroves in a bio-luminescent bay,
on the continental divide as the storm clouds rolled in,
under the umbrella as we cheered on our favorite soccer stars,
calculating and recalculating the budget and the calendar,
with eyes meeting in amazement as we realize we're both hearing the same new call from God,
as knees trembled and we chose the "but God's" over the "what if's"
waiting on the porch for 2 new daughters to see our faces for the first time,
on a wrong way train in Frankfurt just looking for some Schnitzel & Pommes Fritz,
waking up to a view of the Colliseum,
picking out the 12 passenger beast....and some awesome boots to help me say "yes,"
crossing continents and oceans on a family mission,
returning more certain and uncertain than we've ever been before,
and looking forward knowing that the only things we really know still are these two...

Our souls are Devoted to God
and whatever He asks, we'll do it
Together.

This is the song I would have friends sing for us today.

I love fairy tales.  I love the drama of realizing that something is wrong, that someone needs to stand up and face evil.  I love the adrenaline rush that comes as the hero says yes to the challenge.  I love watching the hero turn out to be an ordinary guy and girl who's just willing to be used by righteousness to offer the world a solution and point the way to real goodness.  I love how their lives become so much more than they were because of the struggle.  And I love, love, love the party at the end with all the fancy dresses and the ooey gooey looks of love.

It's time for a party for me and my guy.  It's gonna be the fairy tale type that celebrates two ordinary people holding hands through the struggle because we know that the God who battles evil is awesome and worth following.  We've got some battle scars, felt the rush of adrenaline and are counting on a whole lot more ooey gooey looks of love! 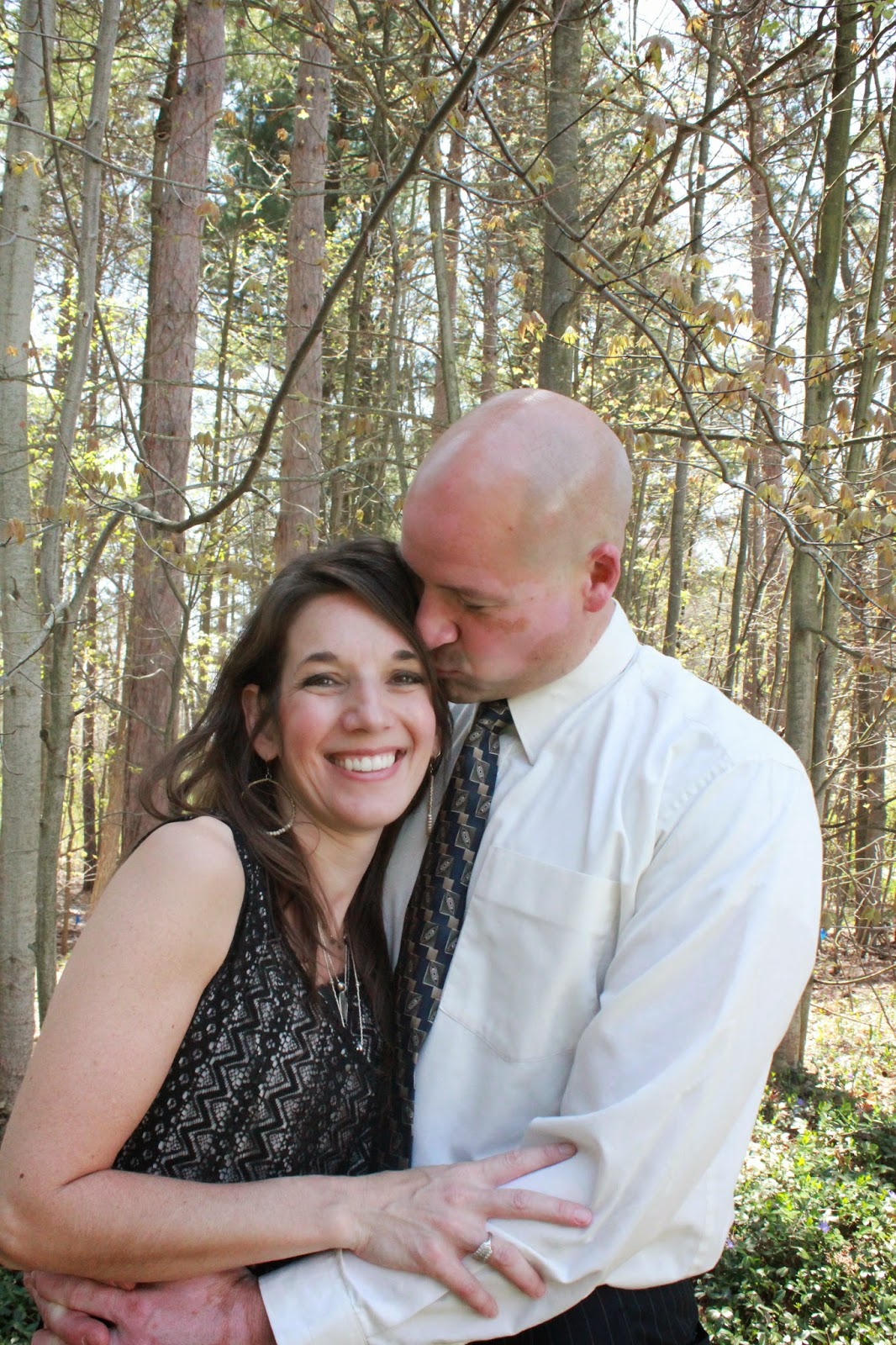