February 11, 2014
A lot can happen in a year...a lot can stand still too.  Many years ago my mom gave me a 10 year journal.  Each page is dated with the month and day and has a spot for a small paragraph for each of 10 years.  I opened to February 11th today and couldn't resist the pull to read my thoughts from 2013.  So much has changed since that moment, but reading last year's words put a spotlight on the bedrock that hasn't changed and never will.  There is an anchor that holds my soul, a purpose bigger than my days, a reason, a plan, a God who is doing things and can be trusted.  I have a feeling I'm not the only one who needs this reminder of who are are and who's you are  to put some iron in your spine.


February 11, 2013 - journal excerpt
"Yesterday was a really great day at church.  Pastor Ashok from India spoke powerfully from the Word.  Pastor Ashok started with a story....


The Story of the Bamboo 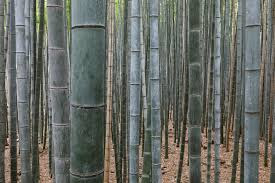 There once was a small shoot of bamboo in the garden of the king.  The bamboo loved to sing and dance for the King.  As it grew in his garden the king came every day to remind his bamboo that he had planted it for his glory.  This happened day after day until finally, the bamboo had grown
large, beautiful & strong.
The next time the king came to visit the bamboo he brought news with him.  He told the bamboo that he had a plan and purpose to use the bamboo.  This news was exciting to the bamboo as it imagined finally being of use to it's creator whom it loved so much.  But with the excitement came a cost.  The king delivered some hard news as well.

In order to complete his purpose and plan for the bamboo, it would be necessary for the king to
cut the bamboo,
shear off all it's beautiful branches & leaves......
&
cut it deeply down to its very core.
It would need to actually be split in half.

The bamboo remembered the words the king had spoken over it all those years as it was growing,
"Remember, you were planted here for my glory...."
Trying to suppress a shudder of fear, the bamboo told the king that it was ready to do anything that would bring the king the glory he deserved....and it really meant it, despite its fear.

So the kind did all the things to his beloved bamboo that he had said.  He cut it down, trimmed and smoothed and finally cut straight through the bamboo's heart....splitting it down the center into two pieces.

He took those two pieces up the mountain to a village full of people whom the king loved deeply.  The village women climbed up to the top of the mountain every day to gather water from a pure, sweet spring.  The king took half of his beloved bamboo and fixed it in the village and positioned the other half at the mouth of the spring.
The living water flowed through that stripped and broken bamboo and was delivered to the villagers.  The villagers knew that they were loved by their king and they danced and sang...
and they gave glory to their king because of what the bamboo had done."